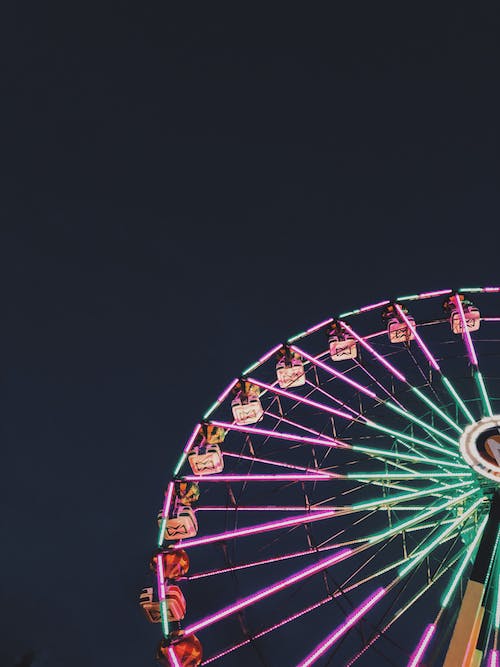 My husband would love to take me in a teeny-tiny plane or helicopter for a flight-seeing tour.

Ain’t gonna happen. You see, I don’t do heights. My fear of falling has only swelled to a crescendo over the years.

Picture it. I was a little girl in blue over-alls in the upstairs bedroom of my two-story suburbanville home. The window was large and the sill, low. My face was pressed against the screen of the open window. I was teasing and making faces at my brothers, who were on the trampoline, in the yard below.

Then the unthinkable happened. The screen popped out, I lost my balance, fell forward and plummeted two stories to the ground, while my older brothers and a neighbor lady looked on in horror.

Miraculously, I narrowly missed being impaled by the spikes for the tomato plants, located ever-so-close to my grassy landing pad, and equally as miraculously landed on my rump roast.

The most painful part of it was the embarrassment I felt as the concerned neighbor checked me over to be sure I hadn’t broken anything.

So THAT happened. Not one broken bone. Kids are made of rubber.

Though my mind knows it was an accident, I haven’t been fond of falling ever since.

Sometime later, I began having this recurring dream. In the dream, I was on the second floor of that same house. There was an open floor plan where the upstairs hallway was also a balcony to the lower level. I fell, but woke up before landing in every single dream.

I’ve never been able to get a real handle on the fear of falling –even over time. So I began avoiding it.

I avoided taking my small children down escalators. I hated the feeling of being high up in a stadium, with the short barrier railings that wouldn’t keep you from falling if you lost your balance. I didn’t do the high dive at the swimming pool. I started refusing to go on certain amusement park rides. Just say no to ferris wheels, I say!

The inconveniences and brief moments of discomfort have been few and of low impact.

The following life moment however, struck an embarrassing chord.

In my thirties, I went rafting during a family reunion. Our guide helped us pull over to a popular spot for cliff-jumping.

We all got off the boat. I climbed to the top. Several people jumped with no problem. I stood there and tried to talk myself into jumping.

Several countdowns later, I did the climb of shame back down to the boat, to the loud BOOING of a boatful of passing strangers! Needless to say, it was absolutely humiliating.

On that same trip, I watched my father climb a pole I thought would reach heaven, and stand on an itty-bitty square before bursting out across a zip line several stories high. All of his children and grandchildren looked on with total admiration. How could anyone be that brave? I did not get the bravery genes.

I’ve considered the possibility of facing these fears, but have realized over time, that some fears aren’t worth trying to overcome. I mean, what (other than risking my life) am I going to get out of facing my fears through unnecessary thrill-seeking adventures? My nerves don’t need the excitement.

Some fears DO need to be faced. So for now, I’ll stay grounded and start working on my fear of getting head lice. I’m a teacher.  Now that is a fear worth facing!

What are your fears? Which are not worth facing? Which should you try to tackle?